"In a world where you can be anything - be kind"

These two words are currently so high profile in today’s media. There’s a growing movement towards how a comment, particulary on social media, can affect the person they are aimed at. Not only this, but how once “out there” they can’t easily be erased. A statement that takes a second to say or a minute to type can have a lasting, negative effect.

What on earth does that have to do with a Divemaster training blog, I hear you ask.

At the grand old age of 52, I have just started my Divemaster Internship with Paradise Divers. After recreationally diving for several years, I am the “new girl.” 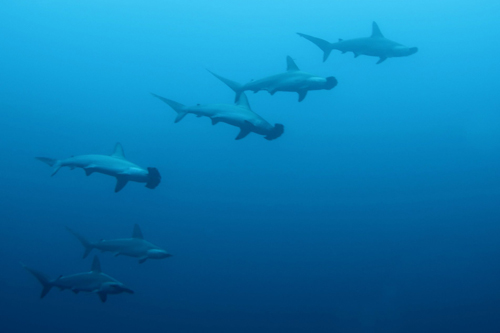 Plus I feel like I have the attention span of Dory and the body co-ordination of Bambi on Ice! I had considered myself to be a competent recreational diver, but this Divemaster stuff is a whole new level!

So how do Dan and his team at Paradise Divers educate, support and guide me to become a Divemaster? I know I have a lot to learn, in and out of the water as the Divermaster Internship covers all aspects of working in the dive industry. I also know I will get things wrong, not on purpose but because that is part of the learning process.

This is where ‘being kind’ comes in. Not as well meant platitudes to keep someone happy. However, as a constructive mechanism which creates an environment where it is safe to question, test oneself and learn.

Dan excels in this area, giving his critique but in a constructive way. He uses the ‘feedback sandwich’ technique – starting off by focusing on a strength (something that went well), then providing the criticism (area for improvement) but ending with a further positive (how the previous result will improve if changes are made). Basically the “potential negative” is wedged between two positives.

Dan also focuses on the situation, not the person. For example, I love to talk and my initial attempts at dive briefings were repetitive and over detailed. Dan could have given that observation as feedback, which I would probably have perceived as a personal criticism. But he didn’t. He highlighted what went well and made suggestions on how other points could be condensed. The situation was detached from the person. It was about the presentation and not me, so the critique became constructive.

You could say that none of this is rocket science. But, it would be very easy in a busy Dive Centre for the shortest route to be taken. To just tell me what I had done wrong. But they don’t, Dan and his team have created the standard of behaviour and a positive environment. He expects this is adopted by everyone. This benefits the whole team and makes Paradise Divers a great place to be, learn and develop new skills. I try my 100% best, but I am not afraid to make a mistake or voice an opinion. This is because I know I will not be made to look stupid or insignificant.

So being kind, most definitely doesn’t mean just saying the thing you think the person wants to hear. Sometimes less popular messages have to be conveyed, but it’s how it’s done that counts. That might mean taking abit more time before speaking or writing, but that time is well spent as everyone benefits.

Next time, I’ll let you know how I’m getting on using these techniques and ‘being kind’ to my work colleagues and Paradise Divers customers. Wish me luck!! Nicky

Learn more about the Divemaster Training 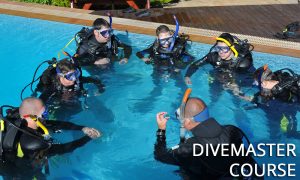