How do they make you feel, fear or curiosity?

Where are they from?

Sharks are essentially a large group of fish that have inhabited the oceans for over 416 million years, even before the lumbering dinosaurs populated our planet. They belong to the order Chondrichthyes, and modern sharks have very specific characteristics, including a cartilaginous skeleton, five or six pairs of gills and several rows of teeth. Ancient Sharks lived before land vertebrates populated the Earth and even before many plant species developed on our continents. While they were quite different from those found today, they have been on this planet for an exceptionally long time. The species as we know them have been around for 150 million years; this means that they were living in the oceans when dinosaurs were roaming the land.

These unique animals cause all kind of human feelings: fear, awe, curiosity, respect and love. They have been widely represented in the popular culture as ruthless predators (most people will have seen the Jaws films), which is the main reason why they cause all these different reactions. However, the truth is quite different. Sharks are complex and fascinating creatures, which is far removed from how man’s present classification of them as rampant killing machines persists. In fact, many species are docile and quite harmless. Learning about the world of sharks, knowing their features, discovering their secrets, and recognising their importance in our world is the first step to their conservation. When most people think about sharks, they have a mental picture of a deadly predator.

However, sharks are far more than this and play a vital role in the oceans and nature. The evolutionary features has not only defined their look but also the adaptations they have required to survive in the wild for such a long time. There are four types of sharks which have developed according to the place they live, which is also closely related to the form and functions of their body. Some sharks dwell at the surface of the ocean and move slowly, other sharks inhabit the pelagic zone and have amazing swimming capabilities and some others stay at the seafloor, moving slowly while searching for food.

If we look at these different areas of our oceans where sharks live, we can see that they have evolved specific ways of surviving, and hunting relative to the food chain that exists at that level:

1. The slow-moving sharks that feed at or near to the surface of the water, are usually plankton feeders, (including the whale and basking sharks). 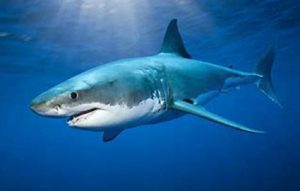 2. The pelagic sharks are the type that has been misrepresented in the media, and will feed on fish, turtles and even other sharks (Including Great White). 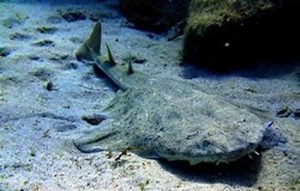 3. On the seabed, we have the ambush predators, who can lay motionless and wait for the prey to come to them (Angel shark). 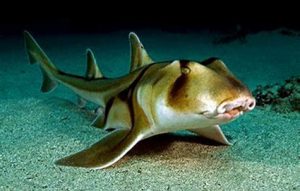 4. There are also other bottom dwellers that who search for their meals and feed on hard- shelled crustaceans and molluscs (bullhead shark).

In addition to their feeding habits, they have developed a body structure that enables them to hunt and exist in the hugely different areas of the oceans. The general structure of a shark is shown below, which should help to illustrate how a shark is formed. We can see that the shark can be broken down into three distinct areas:

In my further blogs I will explain how sharks move, and hunt.

Thanks for reading. Dave